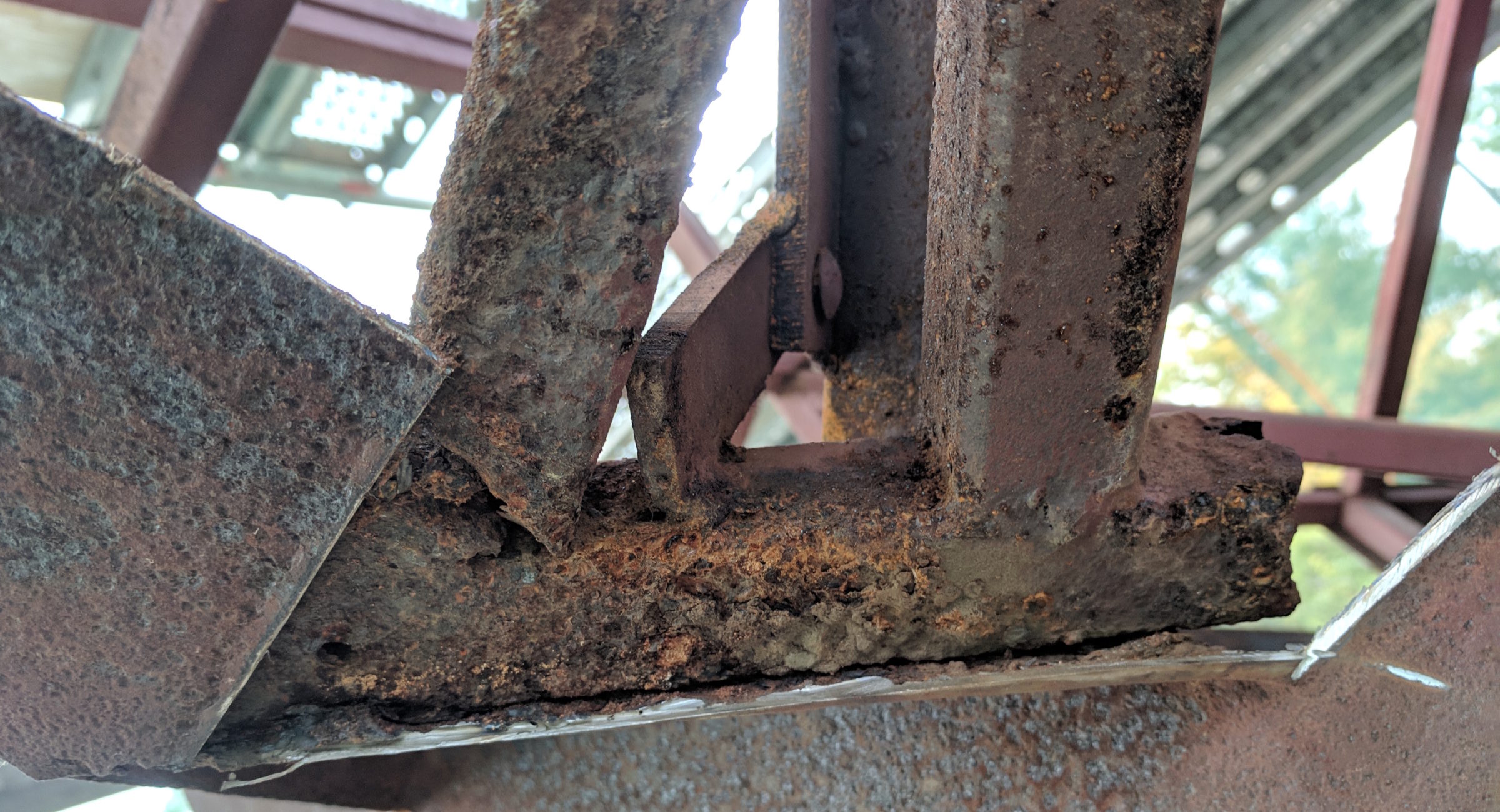 OnAim Conservation recently worked on an outdoor public sculpture that was constructed with three dissimilar metals: stainless steel, corten steel, and mild steel.  The piece had a structure built of mild steel square tubing that was then wrapped in corten with sections of stainless welded to the corten as well as the mild steel structure.  Through the years of exposure to the elements oxidation started to brake down the sculpture from the inside: 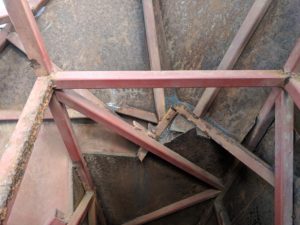 The National Association of Corrosion Engineers (NACE) states that galvanic corrosion (also called ' dissimilar metal corrosion' or wrongly 'electrolysis') refers to corrosion damage induced when two dissimilar materials are coupled in a corrosive electrolyte. It occurs when two (or more) dissimilar metals are brought into electrical contact under water. When a galvanic couple forms, one of the metals in the couple becomes the anode and corrodes faster than it would all by itself, while the other becomes the cathode and corrodes slower than it would alone.

This means that certain metals are hard (stainless steel) while others are soft (aluminum).  When these metals are joined together and introduced to electrically charged water (rain) the softer of the metals will take the oxidation.

When OnAim originally did the proposal for the above mentioned project, we were unaware of the extent of the damage to the underlying structure. Once some of the corten panels were removed and the the damage became apparent, we had to replace sections of the mild steel structure before adding the corten exterior.

Finally, we installed fresh water magnesium anodes along the interior structure at these locations to counteract oxidation caused by the electrolysis of dissimilar metals.  The magnesium being the lesser of the metals attracts the oxidation and, OnAim believes, will add longevity to the piece.